The Violet Apple by David Lindsay


In sorting some large piles of research notes there emerged an advertisement for the first publication of David Lindsay's The Violet Apple and The Witch, forthcoming from the Chicago Review Press (then distributed by the Swallow Press) on their Fall/Winter 1975 list. Here is the advertisement from Publishers Weekly, 25 August 1975. (Click on any scan to make it larger.) 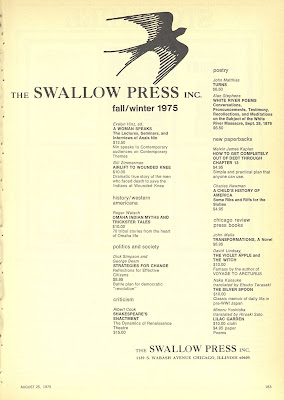 It is interesting that the price of the book is given as $10 (for comparison I note that in 1977 Tolkien's The Silmarillion was priced at $10.95). But The Violet Apple and The Witch wasn't published at that price, nor did it come out in 1975. When it finally appeared in April 1976, the price was upped to $15. Here are scans of the front and rear covers, with flaps, of the dust-wrapper (scanning with the mylar still on the wrapper has resulted in some unfortunate glare streaks). 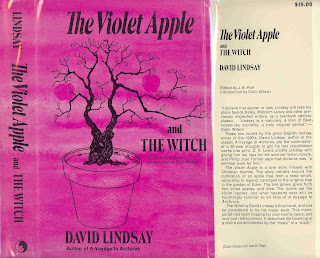 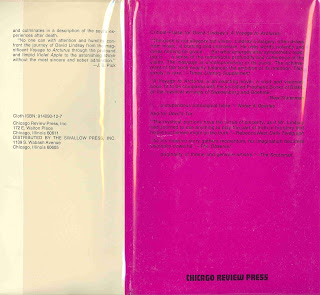 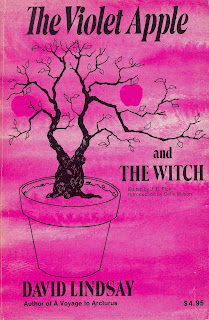 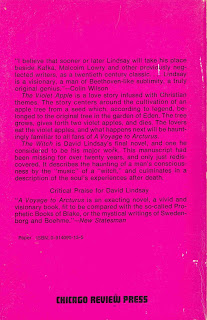 Some of the flap copy on the dust-wrapper has been reworked on the rear cover of the paperback, and of the quotations from reviews only one concerning A Voyage to Arcturus remains.

A British edition of The Violet Apple (omitting the severely edited version of The Witch) was published in hardcover by Sidgwick & Jackson on 29 June 1978. Priced £5.50, it restores Lindsay's chapter titles that were omitted from the earlier edition, and corrects some transpositional errors in the text. Here is the simple and elegant front cover along with the front and rear flaps. 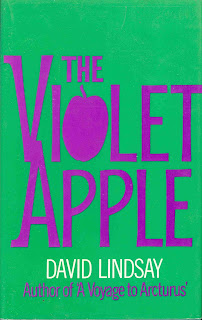 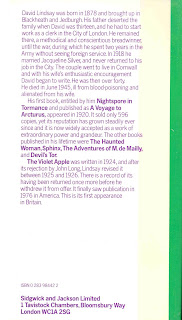 This edition, too, sold poorly, and a sticker was later added to the front flap dropping the price to only £1.50.  Here is the flap of another copy, with the sticker affixed. 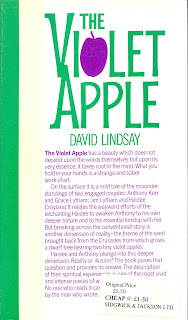 Even that drastic a reduction in price was not enough to get rid of unsold copies, and in 1981 the publisher rebound the unsold sheets together with another book (A Double Shadow, by Frederick Turner) as a Science Fiction SPECIAL 33, issued without a dust-wrapper. Here is the cover. 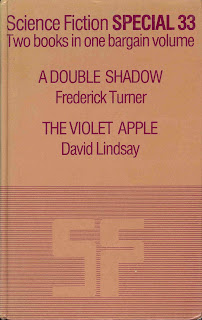 To date, these are the only published editions of both of Lindsay's posthumous books.
Posted by Douglas A. Anderson at 3:00 AM

Email ThisBlogThis!Share to TwitterShare to FacebookShare to Pinterest
Labels: David Lindsay, The Violet Apple, The Witch